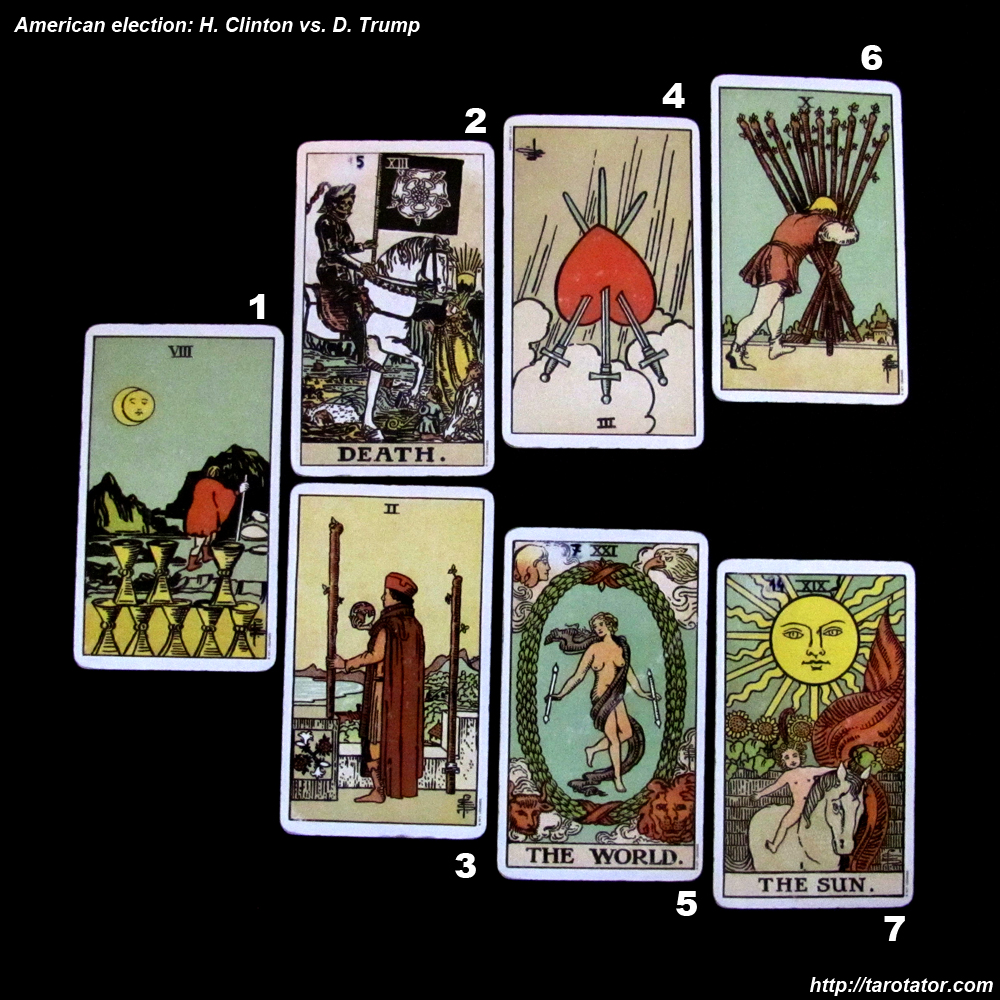 The American presidential election it’s not only about America, but it will influence the whole world both politically and economically in the following years.
This Tarot reading it’s about the two options and how Americana – and the world – will look under the leading of Hillary Clinton, respectively of Donald Trump.
Humans tend to choose with them hears, not their minds.
We are always very emotionally involved and unable to think straight.
Emotionally probably I would vote for Hillary. Mentally I’m still trying to figure out how America came to this point where they have to choose between these two… END_OF_DOCUMENT_TOKEN_TO_BE_REPLACED