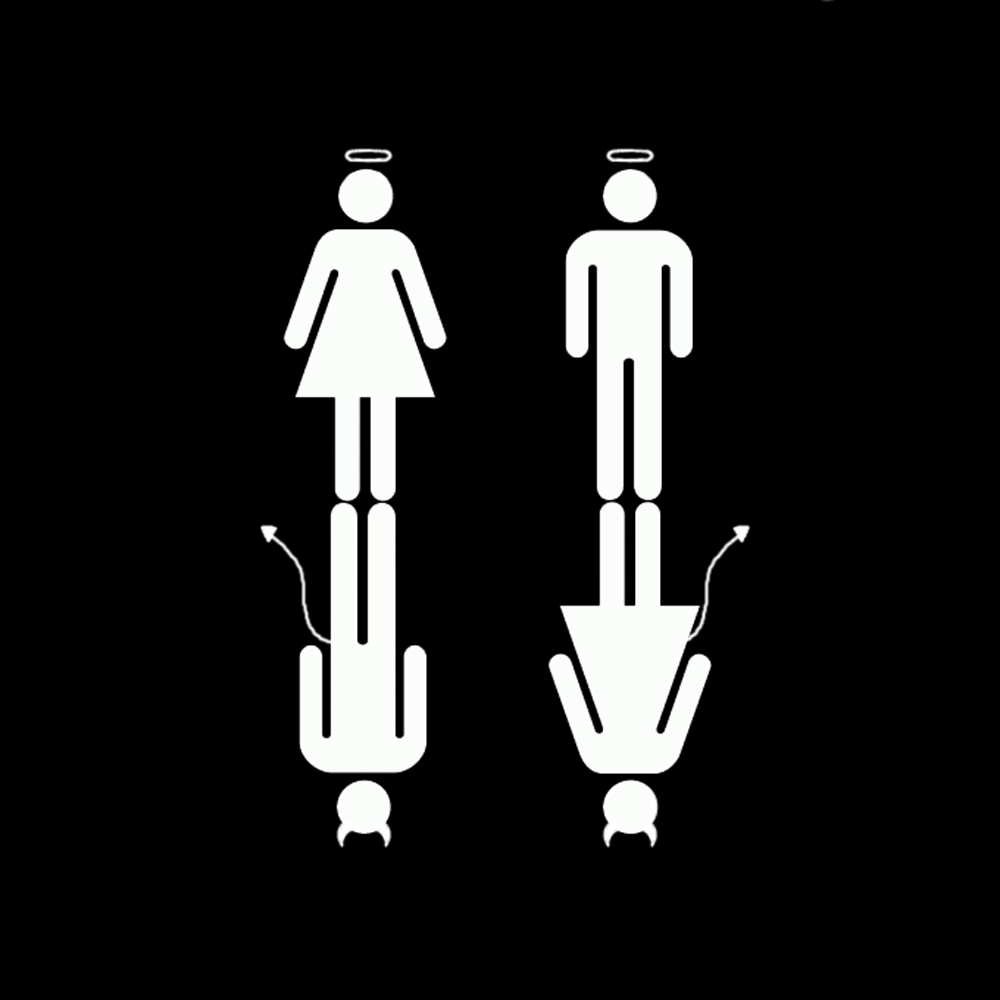 Our world and our whole life is determined by a dualistic model of existence.
We are living and we are educated and cultivated to think, believe and live by this dualistic model.
I think this dualistic model it’s fundamentally wrong and basically this system keep us prisoners in a false reality.
Actually the universe is based not on two, but the existence of three energies (forces).
To entangle things further more, two of the basic energies of the system were exchanged, so right seems wrong and wrong seems right, creating more confusion in the human mind.
Let’s start with The Law of Three.
The Law of Three is described by Gurdjieff as “the second fundamental cosmic law”. This law states that every whole phenomenon is composed of three separate sources, which are Active, Passive (or Reactive) and Reconciling (or Neutral). This law applies to everything in the universe and humanity, as well as all the structures and processes.
First of all, we must understand that all the three energies are active ones, but they are active in different ways.
The first energy is the creative one.
The second energy is the conservative one.
The third energy is the reconciling one.
There can not be balance between two energies (or forces). If there would be only two energies, one of them eventually become dominating one and will annihilate the other one.
To keep the balance in any system there must be a third, reconciling or neutral energy.
By simply creating a dualistic model of philosophy and mathematic system, somebody have eliminated the third option right from the beginning.
Who are actually this “somebody” is an excellent question, but unfortunately there is no simple answer for this yet and I refuse to speculate it.
So, we are taught there is good and evil in this world. Man and woman, plus and minus, right and wrong, light and dark, and a long series of other similar associations our brain makes automatically. We believe that right is white, is light and it’s masculine, positive and ultimately good while left is black, is dark and it’s feminine and evil (or at least wrong).
The so-called “white magic” is good, the “black magic”, respectively the left-hand path is considered to be evil.
It applies to politics as well.
Left and right in the U.S. are generally associated with liberal and conservative respectively.
In the UK the left wing is represented by the Labour Party, the right wing is represented by the Conservative (or Tory) Party.
We’ve been told: left is evil, right is good.
The propaganda machine will repeat it obsessively.
We’ve been educated and cultivated to believe it.
No alternatives, no middle of the road.
Our brain has been systematically programmed to think in a particular way, to follow some particular patterns. Most of the time we are not even aware of it, we do not realize how restricted and limited is our way of thinking are.
And what we might consider rational decisions, most of the times are actually emotional choices.
Our world is simply divided into things we like and things we dislike – the age of Facebook culture and simplicity.
The problem of this type of division of things is that those are purely emotional divisions.
Emotions are based on our subjective impressions while most of our decisions should result from rational conclusions.
We’ve been taught that the Active energy is masculine and the Passive energy is feminine.
It’s not true, it’s actually a deliberate change of polarities.
The ultimate act of creation is to giving birth.
The only one thing in this world which is exclusively a feminine attribute is to giving birth.
Here happened the exchange of polarities.
Active is feminine and positive, Passive is masculine and negative.
Pretty strange, we’ve been taught exactly reverse.
Lucifer is associated with the Devil, he’s been called “Prince of the Darkness”.
It’s at least odd, while Lucifer transliterated from Hebrew, hêlêl or heylel, means “shining one, light-bearer”. The Septuagint renders הֵילֵל in Greek as ἑωσφόρος (heōsphoros), a name, literally “bringer of dawn”, for the morning star. The word Lucifer is taken from the Latin Vulgate, which translates הֵילֵל as lucifer, meaning “the morning star, the planet Venus”, or, as an adjective, “light-bringing”.
Lucifer is basically no different then Prometheus.
Prometheus is one of the Titans in the Greek mythology, best known as the deity who was the creator of mankind and its greatest benefactor, who stole fire from Mount Olympus and gave it to mankind.
They took – or stolen – the “holy fire”, the “light” from the God(s) and bring it to the mankind. The “light” represents knowledge and awareness and the process is called “enlightenment”.
But somehow, definitively not by accident, Lucifer from the “shining one” and the “light-bearer” became the “Prince of the darkness”, the incarnated evil and public enemy number one.
In other words, our moral compass has been tainted and compromised. But we don’t know, we don’t realize. We refuse to accept the facts because we are so emotionally implicated and we’ve been cultivated to see everything in black and white and having firm beliefs what is black and what is white.
Dualism, from the Latin word duo meaning “two”, denotes the state of two parts. The term dualism was originally coined to denote co-eternal binary opposition, the constant struggle between good and evil.
Moral dualism is the belief of the great complement or conflict between the benevolent and the malevolent.
Although our world is at least three-dimensional, we insist to live in a dualistic world.
We are captives of this beliefs.
It’s a song of Bob Dylan which instantly pop up in my mind:

The idea of the lyrics originated in the Bible, Romans 6:17.

We have to serve somebody. We have to choose a side, we have to be divided and in constant oposition one with another. There is no room for a third option or neutrality.
Divide and conquer or divide and rule, from Latin dīvide et īmpera, in politics and sociology is gaining and maintaining power by breaking up larger concentrations of power into pieces that individually have less power than the one implementing the strategy.
We are slaves of a benevolent or a malevolent Master, and according to what we’ve been taught, we have to serve somebody.
But, if you wake up, you will realize that you don’t have to serve anybody else, but your own self.
There is always a third option, but it’s hidden and inaccessible for most of us.

“When you gonna wake up?”

When, it’s up to you. How, the Tarot can reveal these options and can be your guide to regain control over your life.