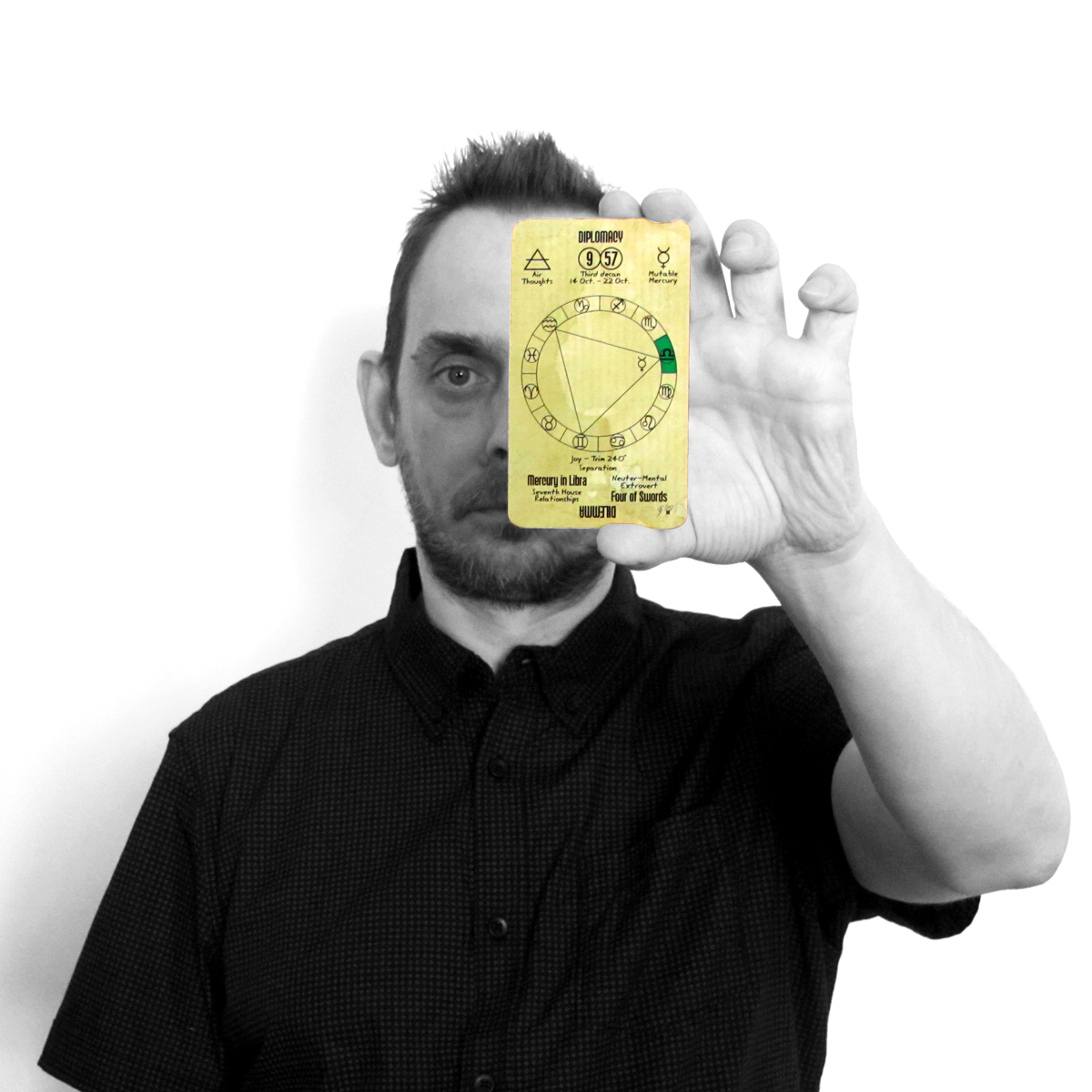 Day seventeen: Four of Swords.
Four of Swords is the card of diplomacy. Mercury in Libra is all about negotiation and finding the so-called ‘middle of the road’.
While I have named this card diplomacy, Crowley called it “Truce” and assigned Jupiter to the third decan of Libra as ruling planet. He stated: “It is the establishment of dogma, and law concerning it. It represents a refuge from mental chaos, chosen in an arbitrary manner. It argues for convention. The hilts of the four Swords are at the corner of a St. Andrew’s cross. Their shape suggests fixation and rigidity. Their points are sheathed – in a rather large rose of forty-nine petals representing social harmony. Here, too, is compromise.”
While I associate Mercury with number nine, Crowley associated Jupiter with Chesed and number four.

Would you like read more about it?
I guess you will have to buy or steal the booklet.

You can purchase your copy of the Unified Esoteric Tarot deck with or without the accompanying digital booklet for a limited period of time (until 17th February 2018) exclusively on IndieGoGo. PRICES INCLUDES FREE SHIPPING WORLDWIDE plus PRIVATE FREE READINGS.

(Excerpt from the booklet “The Unified Esoteric Tarot – General introduction and Guidebook” by Attila Blága. Full or partial use of this text for commercial or non-commercial distribution by any means whatsoever is strictly prohibited unless expressly authorised by the author.)