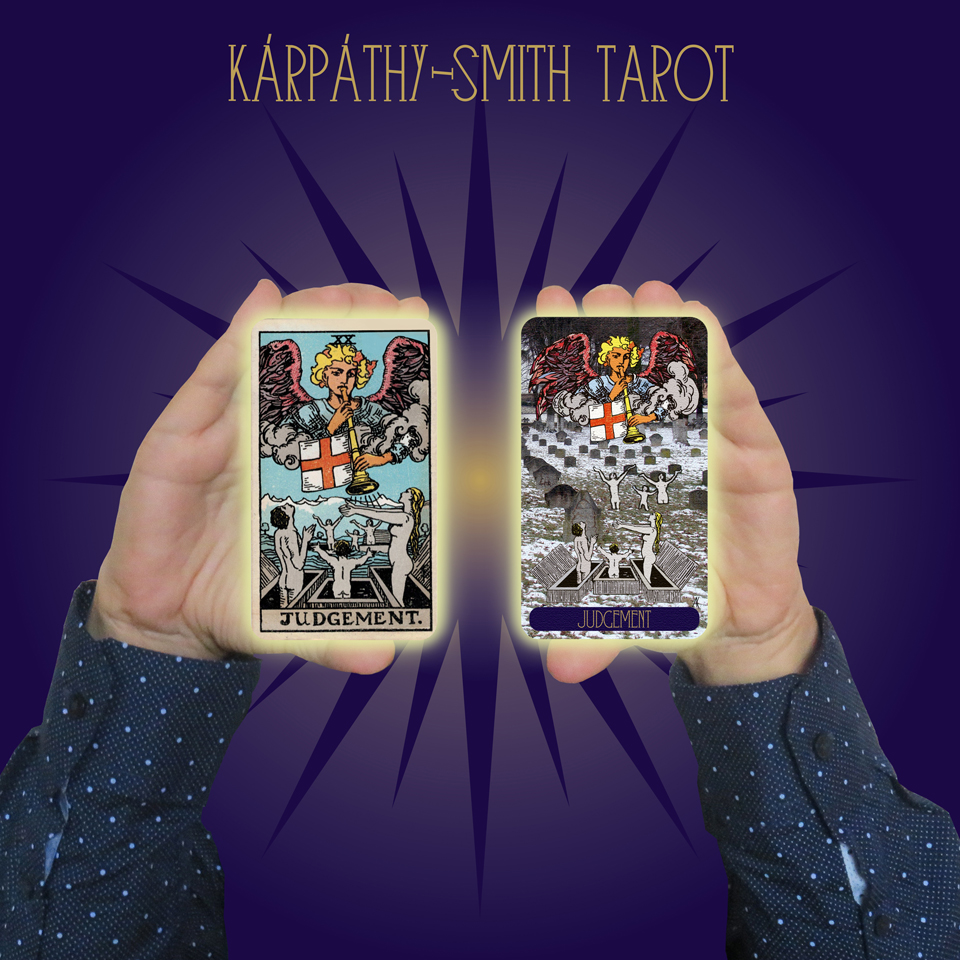 Filled with religious symbolism, depicting the central Christian thesis of the resurrection on judgement day, the card is END_OF_DOCUMENT_TOKEN_TO_BE_REPLACED

Divination:
The Sun is the star at the centre of the Solar System. It is a nearly perfect sphere of hot plasma, with an internal convective motion that generates a magnetic field via a dynamo process. It is by far the most important source of energy for life on Earth.
The Sun, the giver of life, represents our conscious mind in Astrology.
Solar deities play a significant role in many world religions and mythologies. The ancient Sumerians believed that the sun was Utu, the god of justice and twin brother of Inanna, the Queen of Heaven, who was identified as planet Venus. Later, Utu was identified with the East Semitic god Shamash.