If I defined Strength with only a few words, those would be silent resistance.
Strength can be assimilated to Courage in the larger context of the seven virtues, one of the four Cardinal virtues among Prudence, Justice and Temperance. In the enumeration of moral virtues, Courage was re-placed by Fortitude. Patience and perseverance are attributes related to Fortitude. On the other hand, Strength also can be associated with Chastity as opposed to Lust, one of the seven deadly sins.
Some of these characteristics are complementary, and others are interconnected or overlapping each other. Subsequently, their association with the Major Arcana cards is arguable. Both the attributes, names and the iconography of these archetypes have changed over time. Especially studying the decks of Etteilla, one may find disturbing discrepancies. Nothing is easy and straightforward as one may believe.

The Karpathy-Smith deck is a limited, 780 copies only, refreshing Tarot, a reimagining of the original Rider-Waite deck using mixed media techniques.
78+2 cards, 310 gsm, casino quality card stock, linen finish.
8-sided, accordion, printed mini-booklet, numbered, personalized, including instructions for 2 spreads, upright and reversed meaning for all the 78 cards and the diagram for the 32 paths of Wisdom.
Two packing options, rigid box and velvet bag.

Available exclusively at https://tarotator.com/unified-esoteric-tarot-shop/ and in my Etsy store. 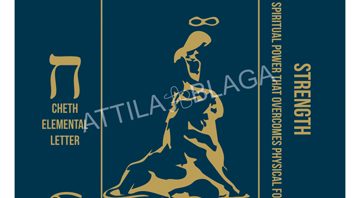