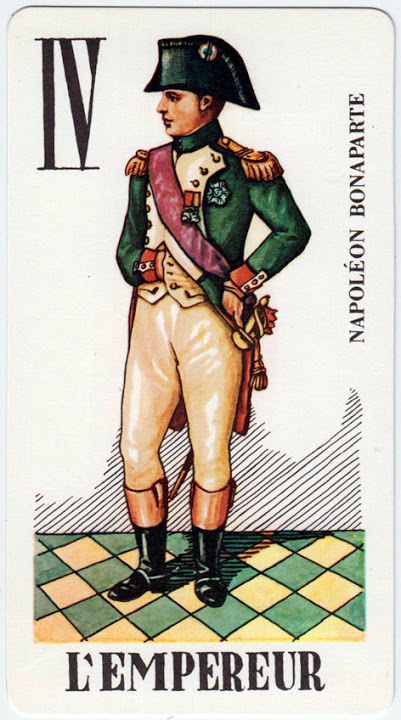 One of two Menegazzi tarots commemorating the life of Napoleon (the other being the ‘Napoleonic Historical Tarot’). The pip cards are unillustrated. Published in 1978 by Il Meneghello, in a limited edition of 1,000 copies for European distribution, and 500 copies for North American distribution. END_OF_DOCUMENT_TOKEN_TO_BE_REPLACED