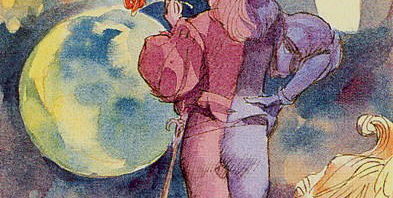 In the Tarot of the Renaissance, artist Giorgio Trevisan captures the spirit of this lively period in history. This deck is not a reproduction of an historical deck, but Trevisan’s rendering of imagined symbolic scenes from that time period. There are nobles and peasants, philosophers and warriors. Cards such as Temperance are reminiscent of paintings by Vermeer. Some card themes are similar to those in other tarot decks, but many are unique.
The major Arcana and court card titles are given in four languages at the bottom. The card number is given in roman numerals. The suit names and court cards are standard except with cups as chalices and pages as knaves. There is no instruction booklet, but some brief card meanings are given on extra cards. The Tarot of the Renaissance is produced by Lo Scarabeo in Italy.