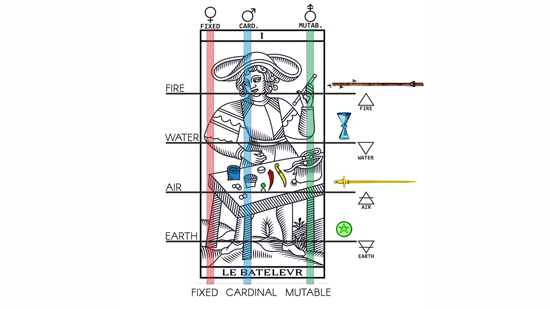 Esoteric is not a matter of public or common knowledge. Most people still don’t comprehend that occult and esoteric means secret, hidden and not accessible to the many. Therefore, what is common knowledge is pseudo-esoteric or false-esoteric.
On the other hand, it is not “my system” because I believe it is the original system, and I only re-discover it, taped into the so-called collective unconscious and have accessed already existing information, connected or re-connected already existing dots.
A brilliant example is the Tarot card called the Magician.
The Unified Esoteric Tarot formula, three times four equals twelve, is depicted in most of the illustrations of the Magician card.
On the one hand, is the mysterious three-legged table and the various objects scattered on its surface.

The three legs vertically symbolise (…) The full article is exclusively available on Patreon.
Please consider supporting my work by joining Patreon and gaining access to exclusive materials. Thank you very much!