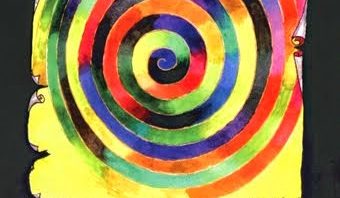 Kabbalistic Visions: The Marini-Scapini Tarot is a project from author Marco Marini and illustrator Luigi Scapini. The 78 card deck explores tarot symbology through its links with the Tree of Life and 22 letters of the Hebrew alphabet.
Italian artist Luigi Scapini is the illustrator of several well-known historical tarot decks published by Dal Negro and U.S. Games, among them inspired interpretations such as the Medieval Scapini and the Shakespeare Tarot: Tarocchi di Romeo e Giulietta. This is his first collaboration with Italian author Marco Marini.
The Kabbalistic Visions deck and book set published by Schiffer comes nicely boxed in Schiffer’s usual quality packaging, along with a fold out art poster of the Kabbalistic Tree of Life.