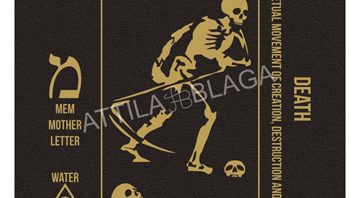 Divination:
The Air, Water and Fire attributed to the Tarot card according to the kabbalistic scheme, should not be confused with the Four Elements. These are the Three Primes or Tria Prima mentioned by Paracelsus.
According to alchemists, Mercury, Salt and Sulphur are the three-fold aspects of all phenomena to be found in all compounds of a mineral or organic nature.
Mercury represents the Spirit, Salt the Body; and Sulphur the Soul. Philosophically speaking, Mercury is the Mind; Salt is the Will, and Sulphur is Love. The three are the components of the Philosopher’s Stone.
Salt is used to preserve meat and prevent decay. Salt is also used for purification. Eventually, the subconscious level of the Life-power’s activity is purged and purified. Salt, on the other hand, represents the subconscious level. 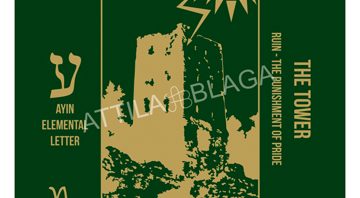 Divination:
There appears to be a connection between traditional characterisations of Capricorn and the Sumerian god of wisdom and waters, Enki, who also had the head and upper body of a goat and the lower body and tail of a fish. Later known as Ea in Akkadian and Babylonian mythology, Enki was the god of intelligence, creation, crafts; magic; water, seawater and lakewater.
In Greek mythology, Capricornus, the constellation, is sometimes identified as Amalthea, the goat that suckled the infant Zeus after his mother, Rhea, saved him from being devoured by his father, Cronos. Amalthea’s broken horn was transformed into the cornucopia or “horn of plenty”.