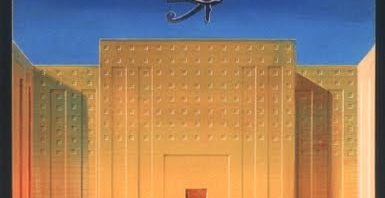 Tarot of Saqqara is a premium Tarot deck developed from fine art paintings of Donald Beaman based on the ancient spiritual knowledge of Egypt.
Five thousand years ago in the sacred sands of the Sahara, on the west bank of the river Nile, the greatest Pharaoh of the Third Dynasty commissioned Imhotep to build the first pyramid of Egypt. It was here at Saqqara during a trip in 1981 that Mr. Beaman became inspired by the great monument which served as the necropolis for the ancient Egyptian capital of Memphis.
It remained an important complex for royal burials and cult ceremonies for more than 3,000 years and it is here that the initiations of those seeking enlightenment were performed.
Using his skills as a professor of theatrical design at Boston University and from his study of sacred geometry, Mr. Beaman began to create images of the early systems of spiritual divination and transformation. His original paintings are composed on 36” x 52” wooden art board using acrylic, silver and gold leaf paints. The final work is an elaborate collection of images derived from the architecture and knowledge of the earliest societies. They comprise not only an Egyptian influence but also that of the Kabbalah, Roman, and Celtic traditions. These paintings would eventually form a 78-card tarot deck entitled “The Tarot of Saqqara”.