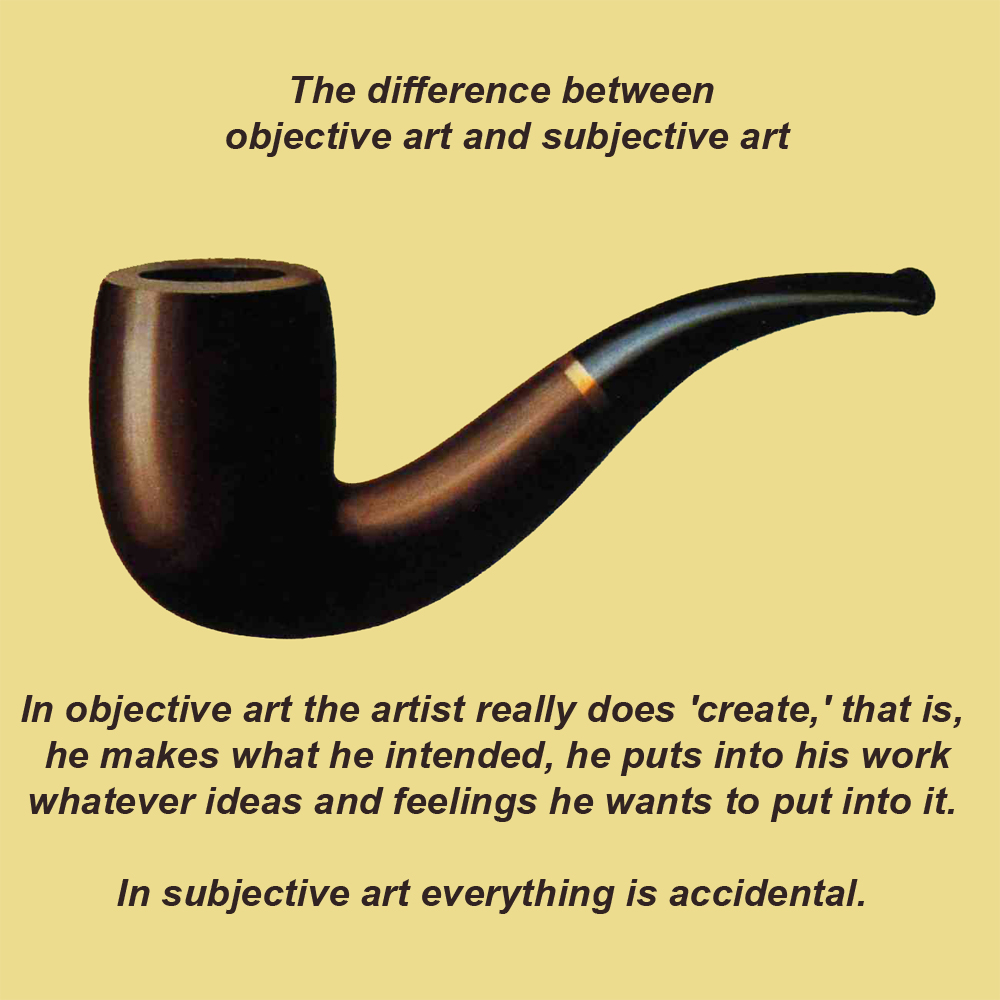 “The difference between objective art and subjective art is that in objective art the artist really does ‘create,’ that is, he makes what he intended, he puts into his work whatever ideas and feelings he wants to put into it. And the action of this work upon men is absolutely definite; they will, of course each according to his own level, receive the same ideas and the same feelings that the artist wanted to transmit to them. There can be nothing accidental either in the creation or in the impressions of objective art.

In subjective art everything is accidental. The artist, as I have already said, does not create; with him ‘it creates itself.’ This means that he is in the power of ideas, thoughts, and moods which he himself does not understand and over which he has no control whatever. They rule him and they express themselves in one form or another. And when they have accidentally taken this or that form, this form just as accidentally produces on man this or that action according to his mood, tastes, habits, the nature of the hypnosis under which he lives, and so on. There is nothing invariable; nothing is definite here. In objective art there is nothing indefinite.” (Gurdjieff)