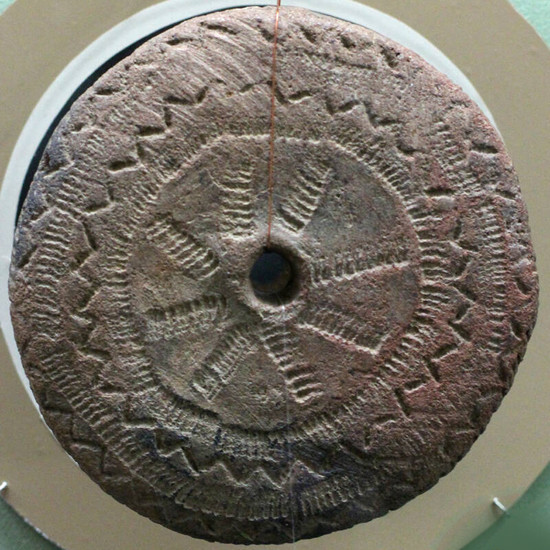 Considering the Gregorian civil calendar, the first day of the year is the 19th, 20th or 21st of March, according to the day and hour the March Equinox occurs.
Working with the same Gregorian civil calendar, the first day of January is usually the last day of the first decan of Capricorn.
During the reign of the Roman king Numa Pompilius, c. 715–673 BC, the Roman republican calendar was revisited, so January replaced March as the first month. One of the possible reasons was that January was named after Janus, the Roman god of all beginnings, while March celebrated Mars, the god of war.
However, evidence shows that January 1 was not made the official start of the Roman year until 153 BC.
On the other hand, it must also be taken into account that the Romans wanted to disaffiliate their calendar from the customs, beliefs and celebrations of the so-called barbarians. Even if some of these holidays overlap, for instance, while various ancient civilisations celebrated the Winter Solstice, Romans have their own version, Saturnalia and Northern Europeans the Yule.
Yet, the primary function of the Roman calendar was to keep a record of tax collections.
The Julian calendar, proposed by Roman consul Julius Caesar in 46 BC, was a reform of the Roman calendar, yet retained January 1 as the year’s opening date.
The Julian calendar became the predominant calendar in the Roman Empire and subsequently most of the Western world for more than 1,600 years until 1582. However, it is still used in parts of the Eastern Orthodox Church and in parts of Oriental Orthodoxy as well as by the Berbers.
The Gregorian calendar, introduced in October 1582 by Pope Gregory XIII replaced Julian calendar.
There were two reasons for the calendar reform. First, the Julian calendar assumed incorrectly that the average solar year is exactly 365.25 days long, an overestimate of a little under one day per century and thus has a leap year every four years without exception. Second, the excess leap days introduced by the Julian algorithm had caused the calendar to drift such that the Northern spring equinox was occurring well before its nominal 21 March date. This date was essential to the Christian churches because it is fundamental to calculating the date of Easter.
It was adopted gradually by most of the world; China adopted it in 1912, Russia in 1918 and most recently, Saudi Arabia in 2016.

The first recorded physical calendars, dependent on the development of writing in the Ancient Near East, are the Bronze Age Egyptian and Sumerian calendars.
Many calendar systems in the Ancient Near East were based on the Babylonian lunar calendar dating from the Iron Age, including the Hebrew calendar.
The Hebrew calendar is a lunisolar calendar used today for Jewish religious observance, and as an official calendar of the state of Israel.
The calendar year features twelve lunar months of twenty-nine or thirty days, with an intercalary lunar month added periodically to synchronize the twelve lunar cycles with the longer solar year.
The beginning of each Jewish lunar month is based on the appearance of the new moon.
Hebrews use the same calendar to determine both the civil and the ecclesiastical year.
The Hebrew civil calendar year conventionally begins on Rosh Hashanah.
Rosh Hashanah marks the beginning of the civil years, tax or fiscal years, respectively the academic years. According to the Judaic teachings, Rosh Hashanah is the traditional anniversary of the creation of Adam and Eve.
Rosh Hashanah is a two-day observance and celebration that begins on the first day of Tishrei, which is the seventh month of the ecclesiastical year.
The ecclesiastical year, on the other hand, begins on the 1st of Nisan, after, the vernal or spring equinox.
Nisan roughly coincide with Aries, while Tishrei with Libra.

I’m an old-fashioned spirit, the Gregorian calendar year is good for tax collection, but it is a civil calendar that did not mean too much to me.
I believe in the astronomical years, the solar years, and the years which begin with the March Equinox.
Humans are solar creatures feeding on solar energy and life on Earth without the Sun would not be possible.
January 1 is only the last day of the first decan of Capricorn.
According to my calculations, we are currently in the year 1792 of the Age of Pisces and the 11th day of Capricorn.
Do I use the Gregorian calendar? Absolutely. It is the calendar most humans currently use, and it not only helps the governments to collect taxes but also helps us communicate and plan things. Yet, I am aware of its nature and won’t use it for any esoteric operations. It is simple, like you don’t use a bicycle to ride to the Moon.

Happy new Gregorian calendar year, and be wise, be spiritual!