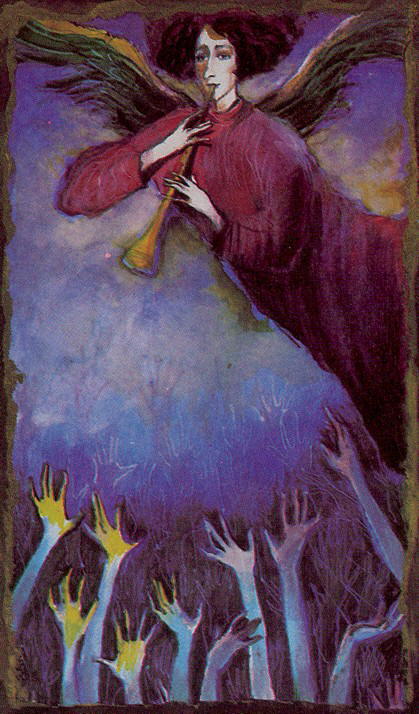 After literally years of hunting, I was recently thrilled to finally find a copy of Katalin Szegedi’s delightful A Tarot. Originally published in 1992 (with an accompanying book by Maria Szabo – hence its commonly being referred to as the Szabo/Szegedi Tarot), the tarot was one of Ms. Szegedi’s first published works. She has since gone on to become one of Hungary’s foremost illustrators, as well as illustrating books for a variety of foreign publishers.
Unfortunately, the deck is apparently exceedingly rare. I thought I’d found one a year or so ago at a Hungarian online used book dealer, but it turned out they’d already sold it and forgot to take it off of the web. In the meantime I made email contact with Ms. Szegedi and she told me that quite a few people had inquired about it, but even she hasn’t been able to find a copy in years. She did say, however, that there was a publisher interested in reprinting it in a really beautiful edition for Christmas, but that it was still not a sure thing. (tarotcollectors.com)