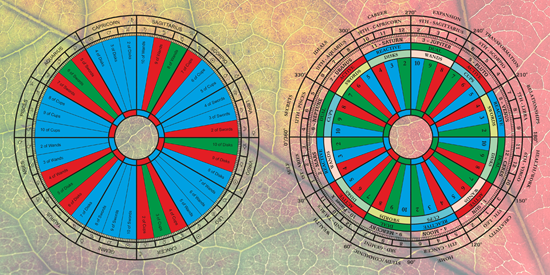 The dualistic point of view dominates our world and perception.
Yet, no matter how hard they tried to alter reality, the triple character of things remained unchanged in nature and has been preserved in the forms of various concepts and laws.
The Christian Church has the Holy Trinity. Trinity means three. By the Holy Trinity we mean the Father (God), Son (Jesus), and the Holy Spirit, sometimes referred to as the Holy Ghost.
Most likely, the concept has ancient origins and refers to the Mother goddess, gods and their offsprings. Simplifying, mother, father and their child.
Another ancient example is that of the Triple Goddess. They are viewed as a triunity of three distinct aspects or figures united in one being. These three figures are often described as the Maiden, the Mother, and the Crone, each symbolising a separate stage in the female life cycle.
The Law of Three, as described by George Ivanovich Gurdjieff, states that three forces enter every manifestation, phenomenon, and event. They are called, but these are only words that describe but do not express their qualities, positive, negative and neutralising, or active, passive – or reactive – and balancing.
These three forces manifest in everything. In many cases, we understand the need for two forces – that one force cannot create an action, that there is action and resistance. But generally, we are not aware of the third force.
While in theory, the genders are distributed arbitrarily among the Zodiac signs, one being male, the other female, truthfully, the genders are represented by the so-called Qualities. The Fixed quality represents the feminine, the Cardinal is masculine, and the Mutable is androgynous.
While mathematics deal with odd and even numbers, Numerology operates with active, reactive and neuter numbers. Or, at least, that should be the case.
Likewise, in Alchemy we operate with the three primes or tria prima, respectively Sulfur, Mercury and Salt. While they have been (wrongly) identified as soul, spirit and body, they represent the three different types of energies that act on the matter.
These same energies have been identified in the Kabbalistic Tree of Life as the three pillars, respectively the Three Elements attributed to the Mother Letters.
The Tarot deck with its traditional attribution is heavily imbalanced. Based on the Golden Dawn astrological system, among the thirty-six Numerals are twenty-one masculine (Sun, Mars, Saturn, Jupiter), ten feminine (Moon and Venus) and only five androgynous (Mercury) cards.
Each gender has twelve representatives in my Tarot decks, and everything is perfectly balanced.
Awareness of these “details” and understanding their practical significance are crucial for objective and efficient practice.