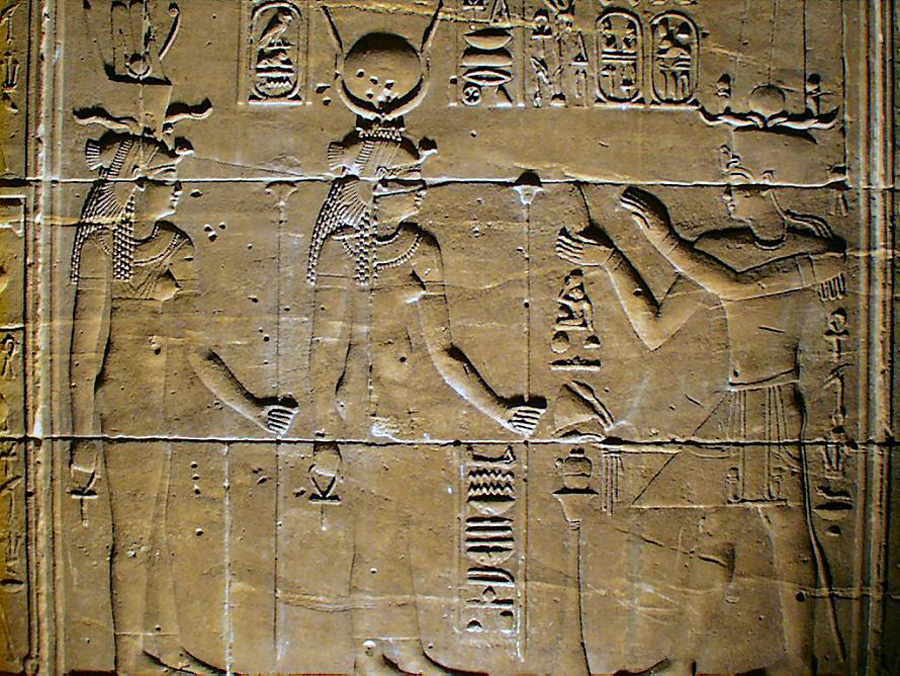 Why Tarot-ator? From where that “ator” comes and what it means?

Comte de Mellet in his essay “Study on the Tarots, and on Divination with Tarot cards” mentioned “The Book of Thoth” and identifies the author, the Egyptian God Thoth with the Roman God Mercury, which is similar to the Greek God Hermes. According to Comte de Mellet, Thoth was the first historian and he had also painted the gods on 22 plates or cards. “This book was to be named A-Rosh; from A, doctrines, science; and from Rosch (Rosh is the Egyptian name of Mercury and of its festival which is celebrated the first day of the new year), Mercury, which, joined to the article T, means pictures of the doctrines of Mercury; but as Rosh also means commencement, this word Ta-Rosh was particularly devoted to his cosmogony; just as Ethotia, the History of Time, was the title of his astronomy; and perhaps that Athothes, which one took for King, son of Thoth, is only the child of his genius, and the History of the kings of Egypt.”
According to Court de Gébelin “Eastern names preserved in this game: Taro, Mat and Pagad.” He explains that “the name of this game is pure Egyptian: it is composed of the word Tar, which means way, path; and of the word Ro, Ros, Rog, which means king, royal. It is, literally, the Royal Path of Life.” Then “Mat, which is vulgarly named the Fool, and which remains in its Italian form, come from the Eastern word mat, struck, bruised, cracked. Fools were always represented as having a cracked brain.” Finally, Gébelin conclude that “the Player at Cups is called Pagad in the modern version of the game. This name which resembles nothing in our Western languages, is pure Oriental and very well chosen: pag means in the East chief, master, lord: and gad, fortune.” Analyzing this theories, MacGregor Mathers in his book “The Tarot” came up with his own explanation: Tarot “is from the ancient hieroglyphical Egyptian word “târu”, to require an answer, or to consult; ergo, that which is consulted, or from which an answer is required. This appears to me to be the correct origin of the word, while the second t is an Egyptian hieroglyphic final, which is added to denote the feminine gender. The following are interesting metatheses of the letters of TARO: TORA (Hebrew) = Law; TROA (Hebrew) = Gate; ROTA (Latin) = wheel; ORAT (Latin) = it speaks, argues, or entreats; TAOR (Egyptian) = Täur, the Goddess of Darkness; ATOR (Egyptian) = Athor, the Egyptian Venus.”

According to “The Routledge Dictionary of Egyptian Gods and Goddesses” Hathor is: “Universal cow-goddess, symbolic mother of the pharaoh. The name of Hathor immediately suggests that the Egyptians themselves had great difficulty in defining the essence of this complex deity. It describes the goddess in relation to the god HORUS: ‘mansion of Horus’ is what her name means literally.
But it symbolises Hathor as the ‘lady of the sky’ whose womb protected the hawk-god. She is the daughter of the sun-god RA.
Her nature is predominantly benign but she does have a destructive streak which is best evidenced in the legend involving the narrowly avoided annihilation of the human race by Hathor as the ‘Eye
of Ra’.
There was clearly a veneration of cow-goddesses in Predynastic Egypt but without hieroglyphs it is impossible to be certain if a cult belongs to Hathor or perhaps to BAT, the most likely candidate
for the cow-heads on the Narmer Palette (c.3000 BC).
By the beginning of the Old Kingdom there is indisputable archaeological and textual proof of the worship of Hathor. The valley temple of King Khafra (Dynasty IV) at Giza was placed in its southern sector under the protection of Hathor. Her temples are mentioned on the Old Kingdom annals on the Palermo Stone and royal ladies from the early Pyramid Age onwards take the title ‘priestess of Hathor’.”

Other sources consider Athor a Goddess connected to the sky and women, devoted to motherhood, fertility, beauty and love. She was also patroness of foreign lands and many minerals extracted in the desert. She was depicted in a number of ways, but the most common one was the shape of a star-studded cow.
Her name means “estate of Horus,” and she was worshipped together with him in her cult centre in Dandarah in Upper (Southern) Egypt. Other names used for Hathor were Athyr and Athor.