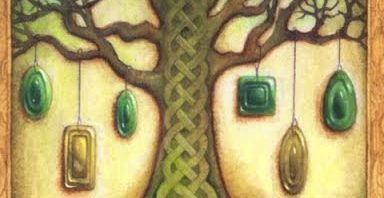 One of Chrysalis Tarot’s tenets is belief in an emerging Aquarian paradigm characterized by unprecedented change and the evolution of consciousness to a higher dimension or frequency. Aeolus perhaps represents an overdue reexamination of your own worldview.
Hallmarks of the Aquarian worldview are cooperation rather than competition, oneness rather than separateness, and a rational spirituality unbounded by old-world materialist thinking.
The most profound aspect of the Aquarian Paradigm is the evolution of consciousness. Most people, and most scientists, presently regard consciousness as an emergent property of the brain (matter). This view is consistent with the materialist worldview. But consciousness and creative intelligence are not emergent properties of matter. The Aquarian paradigm regards consciousness as the Ground of All Being – a subtle metaphysical energy that accounts for all existence and extends to all corners of the cosmos. Aquarians regard consciousness as a fundamental property (panpsychism) of the universe.
After all, the current scientific belief that consciousness somehow is something our brain does is itself a metaphysical assumption. There is no scientific evidence for this view. Quite the contrary, there is compelling scientific evidence that consciousness is non-local; that the mind is limitless and immortal.
Ancient cultures intuited this. In this regard, the Aquarian paradigm is really playing catch up with what the ancients readily accepted.
Chrysalis Tarot was designed to help tune our minds to non-local consciousness; to communicate with the Collective Unconscious and discarnate spirits in a realm we refer to as the Otherworld. But to tune into the infinite number of non-local Otherworld channels, we must first quieten the local mind-chatter, which is better known as the ego. Tuning into these channels can be accomplished by meditation, yoga, breath work and a host of other disciplines that produce what Kenneth Ring termed Omega Experiences. Chrysalis readings presents opportunities for such life-altering transpersonal experiences.