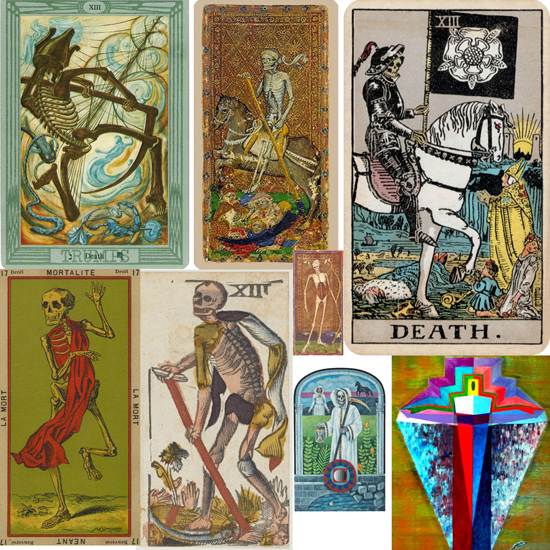 Some schools of thought believe that the moment of death is predetermined; as a result, it is also predictable. We tend to think that even eternity has a beginning and an end.
‘When I am going to die’ is the sort of question one should never ask. Some affairs concern humans and others are mysteries with reason. Some veils should not be lifted, and mysteries that not be touched. Sometimes people forget these simple, common sense laws and want to reach beyond their limits. Thus, death is inevitable, but the moment of death is unpredictable.
In the Western astrological tradition, for example, Saturn crossing the natal Sun often symbolizes a health crisis that, in specific circumstances, may lead to death. Others believe that the sign your Imum Coeli falls foretells the events of death or that this information is more readily revealed by the sign the cusp of the Eighth House falls or the sign where is planet Pluto.
Some may argue that asking death-related questions or predicting death is unethical. One of the definitions of ethics is conforming to accepted standards of conduct. Moral standards vary from place to place, in various moments and even among individuals. Therefore, the moral argument by itself is conceivably subjective and debatable.
In my view, we make choices every moment that change our path, which makes predicting the future tricky. Death is not our choice, except when it is a suicide, so predicting it is further complicated.

According to the Merriam-Webster dictionary, death is a permanent cessation of all vital functions: the end of life.
Apparently, death is inevitable to whatever is born. It is an intrinsic part of life’s mysteries.
Most religious belief systems consider physical death a means for the soul to exit the current temporary material body. Whether it is about rebirth or resurrection, death is not the end but a threshold connecting this life and the afterlife.
On the other hand, one may argue that death is the eternal return, our struggle to find our way back to the lost Paradise.
In his Magic Tarot, Frédéric Lionel wrote about the Death card: “death is feared because it represents a journey undertaken naked, with nothing but the soul as baggage. It is, however, a journey rich in learning. Everything which has been experienced during existence modulates the innermost rhythm of the soul and determines its trajectory beyond the grave. Paradise and hell are felt in this case as the impact of another consciousness.”
The French alchemist and visionary attributed the number thirteen to his Death card, designating the stage along the path and emphasising a particular symbolism. At the last supper, there were twelve disciples around the Master. Zeus presided over a court of twelve gods. Thirteen corresponds to perfection, symbolised by the Ten manifested in the active ternary of Triad, an expression of Supreme Intelligence. While Twelve corresponds to the universal order, Thirteen illustrates the renewal.
Frédéric Lionel concluded, “the meaning of the Arcanum of Death thereby becomes evident from the understanding that the threshold it represents is located between what is ‘becoming’ without ever ‘Being’ and what “Is” without ever ‘becoming.’ Death is the perishable aspect of existence, leading to another dimension of the Universe, and therefore all initiations require a passage through death so as to gain access to Life.”

Most people believe that the Death card signifies physical death. I beg to differ. Both traditionally and according to my system, the Death card is… the full chapter is available exclusively at https://www.patreon.com/posts/71245934

(Excerpt from the book “Unified Esoteric Tarot” by Attila Kárpáthy. Full or partial use of this text for commercial or non-commercial distribution by any means whatsoever is strictly prohibited unless expressly authorised by the author.)