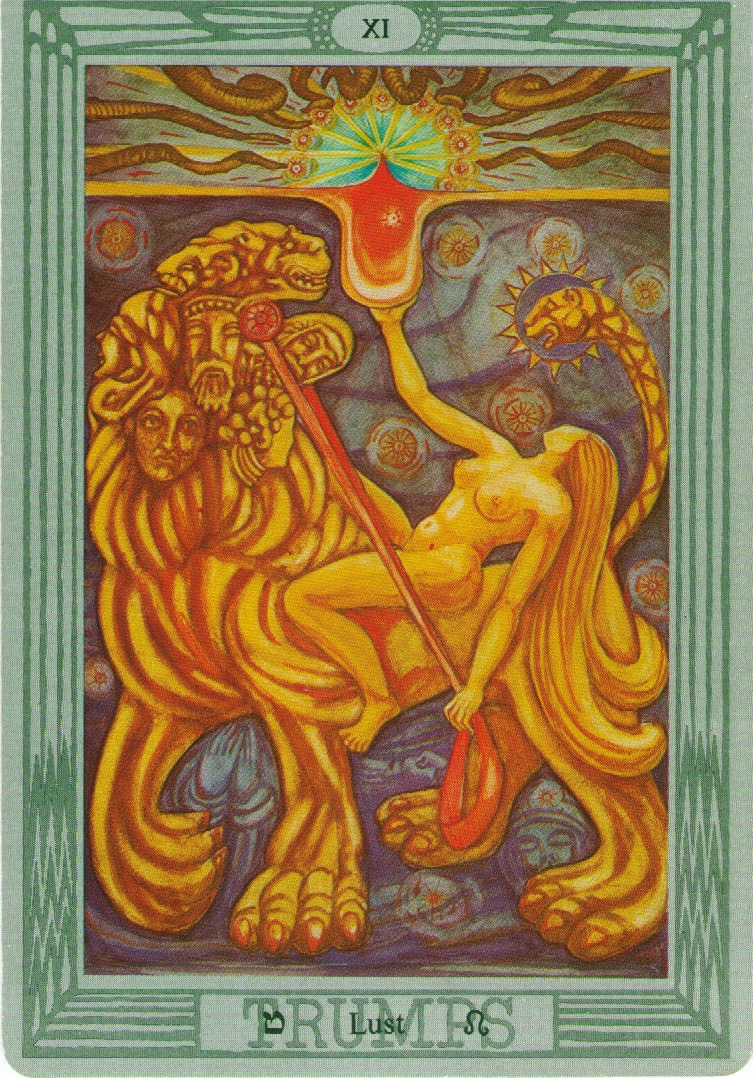 One of the most bold and futuristic deck was delivered by Aleister Crowley and Lady Frieda Harris. After five years (between 1938 and 1943) of assiduous work, Crowley rejected the completed version of Lady Harris. Not one of them was completely satisfied by the final result, although Harris was meticulous in their work, and she painted some of the cards as many as eight times.
Neither Harris nor Crowley lived to see the deck published. The first full publication was by Ordo Templi Orientis in 1969, 22 years after Crawley’s death and 7 years after Lady Harris’ death.