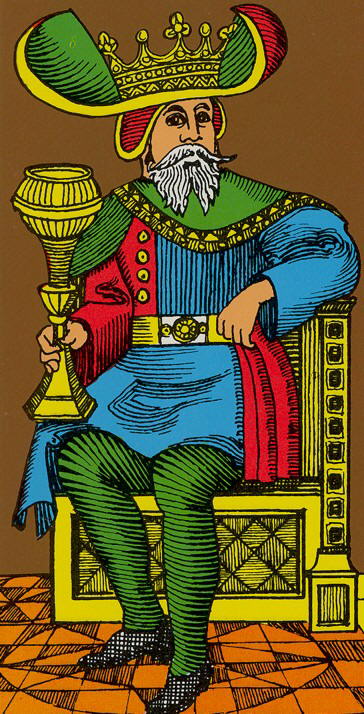 Joseph Paul Oswald Wirth (1860, Brienz, Canton of Bern – 1943) was a Swiss occultist, artist and author. He studied esotericism and symbolism with Stanislas de Guaita and in 1889 he created, under the guidance of de Guaita, a cartomantic Tarot consisting only of the twenty-two major arcana. Known as the “Arcanes du Tarot kabbalistique”, it followed the designs of the Tarot de Marseille closely but introduced several alterations, incorporating extant occult symbolism into the cards.
It has a Marseilles foundation, with some changes based on the ideas of Eliphas Levi. The card art is illustrated in primary colours on a gold metallic background. The Wirth/de Guaita deck is significant in the history of the occult tarot for being the first in a long line of occult, cartomantic, and initiatory decks.