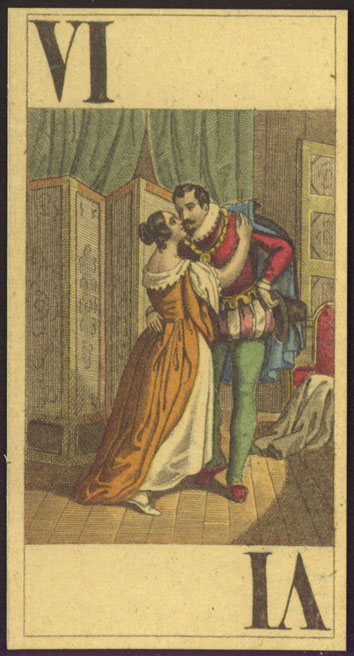 This is a reproduction of a deck commemorating the life of Mary Stuart, Queen of the Scots, first published in Milan by Dotti, 1845.
According to Osvaldo, Teodoro Dotti had a playing card factory which was in direct competition with Ferdinando Gumppenberg’s factory at that time.
This pack of Tarot cards with French symbolism follows the romantic taste fashionable during that era. This pack was in direct competition to the Iron Crown Tarot published by Gumppenberg.